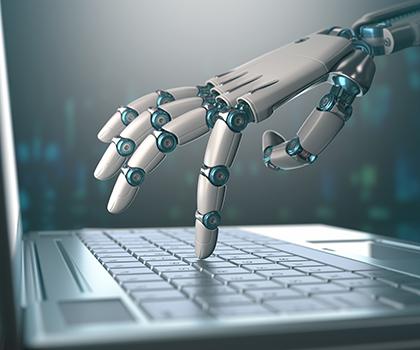 Depending on what news you keep up with, you may have been hearing those letters a lot recently. Many people likely already know that AI stands for Artificial Intelligence. Artificial Intelligence shows up a lot in science fiction, too. Nearly everyone has seen or read (or played) at least one story with AI in it. Whether the AI is “evil” as with Skynet from Terminator or HAL 9000 from 2001: A Space Odyssey, or beneficial as with Cortana from Halo or Marvin from Hitchhiker's Guide to the Galaxy. The doomsday AI stories should serve as a warning while the benign AI should show us some of AI's incredible benefits. In scientific fact, however, neither of these portrayals are exactly accurate.

In reality, There are two main types of AI, weak/narrow AI and strong/general AI. The difference is quite simple; weak AIs perform a specific task as well as or better than humans, whereas strong AIs perform all tasks at or above the level of humans.

Artificial Intelligence (specifically the strong variety and the creation thereof) has been a point of contention recently in the Artificial Intelligence community. Some, such as Mark Zuckerberg (Facebook) and Larry Page (Google) charge forward with the creation of AI for science and profit. However others such as Stephen Hawking (Science) and Elon Musk (SpaceX) urge extreme caution, even if it slows AI research to little more than a crawl. The best solution is likely somewhere between these two viewpoints. In this article, I will attempt to explain some of the issues and benefits of AI as well as going over some of the proposed safety regulations.

How “A” Can be Dangerous

Many have voiced concerns about the creation of Artificial Intelligences.

How the “I” Can be Beneficial

The benefits of Artificial Intelligence are many. Improved AI capabilities allow for improvements in many other areas of science such as medicine, banking and more.

The creation of functional AI could greatly benefit the human race. However, unchecked progress in AI technology could be detrimental. Some safety measures need to be put in place before such powerful machines are created. The Future of Life Foundation is an organization dedicated to (among other things) AI safety. The Future of Life Institute proposes not to halt, or even necessarily slow, AI development. It merely calls for precautions to be taken. FoL suggests planning ahead and placing safety measures on AI research and development. Without any real time frame on the eventual creation of powerful AI, it is prudent to start safety research now. If and when a super-intelligent AI is created we would not need to worry about it becoming malevolent. It is a machine, so it has no emotions and therefore has very little chance of becoming "evil". However, we must be sure that its goals are perfectly aligned with ours, otherwise we risk it sacrificing human lives or livelihood in pursuit of its goals. In order to mitigate risk AI directives would need to be carefully worded and edited by many experts, before it could be given.

Putting “A” and “I” Together

There are many people and organizations trying to create AI for various purposes. Google, Facebook, Amazon among others, have been making progress in AI development. Many companies (such as Amazon, Apple, and Microsoft) have created intelligent personal assistants that utilize AI to perform tasks for the consumer. As these become more popular their purchase will fund even more research into improving AI for everyday use, as well as ultimately contributing capital to the creation of general AI.

Elon Musk (founder of SpaceX and Tesla) and others have partnered together to create OpenAI. A non-profit organization championing safe AI development. Their aim is to create AI technologies and share their findings with the world so that the benefits of Artificial General Intelligence is widely distributed. OpenAI strives to make AI a benefit for everyone by sharing their research.

Questions regarding research into Artificial Intelligence are not simple to answer. Ultimately everyone must decide for themselves where they lie on the issue.