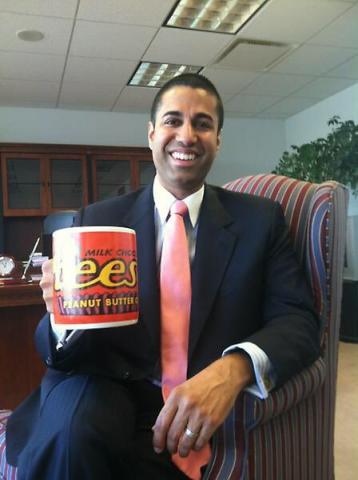 Ajit Pai was appointed as the Chairman of the Federal Communications Commission earlier this year by President Trump. Pai hasn't exactly been secretive about his desire to dismantle consumer protections despite the fact that it's the sole reason the commission was created. After several unsuccessful attempts to undermine net neutrality during the Obama administration, it's clear that Pai's focus hasn't wavered. So, how much do we actually know about Ajit Paii, anyway?

Born to be a Bureaucrat

Here are some biographical facts about him:

Sued Under Freedom of Information Act

Websites Gizmodo, Ars Technica, and the non-profit organization American Oversight have all sued Pai and the Federal Communications Commission for information under the Freedom of Information Act. They have sued for information about such things as Pai’s meetings with Internet Service Providers and the spam Net Neutrality comment attack on the FCC website. They have been rebuffed for one reason or another.
American Oversight asked for any information about the FCC’s meetings with ISPs concerning Net Neutrality. Gizmodo asked for any information about the Distributed Denial of Service Attack on the FCC website’s comment system that crashed it in May. The DDoS attack had the effect of obfuscating the real comments on the FCC’s plan to change Net Neutrality rules. The FCC has repeatedly asked for delays for the American Oversight request and denied it had any “written information” in the Gizmodo suit. For someone who has promised to make the FCC “more transparent,” Pai seems to be generating an awful lot of smoke.

Free Market is Not the Same as Crony Capitalism

Ajit Pai and many industry representatives use the term “free market” to describe themselves, but what they actually practice is what is known as crony capitalism. That is where government bureaucrats and the like give special privileges to some businesses at the expense of others. It could be that Pai is expecting (another) nice cushy job at Verizon or some telecom lobbying group after he guts all the regulations reining them in. According to the TechCrunch website, Pai has previously performed legal work for Cablevision, Charter, Nielsen, Securus, Verizon, AOL, and others. Pai definitely seems to have the idea that he works for the corporations of the United States and not the citizens. He doesn’t even try to hide it.

Securus and Conflict of Interest Charge

Ajit Pai was accused of having a conflict of interest by Human Rights Defense Center Executive Director Paul Wright when he discontinued ongoing FCC attempts to cap intrastate phone rates charged to prisoners. One of Pai's previous employers was Securus, a prison phone company that benefited from the abandonment of the caps when Pai took over as Chairman of the FCC.

Whoa, The Internet is Too Fast

The FCC has just begun proceedings that may actually lower the speed guidelines for home Internet. Pai thinks that mobile broadband could be a viable substitute for fast home Internet. That way Internet Service Providers like Verizon and Comcast won't be required to build out service to homes, saving Pai’s former boss a ton of money. Mobile speeds are generally much slower than wired, home Internet and there may be charges if a subscriber goes over a certain limit - sometimes as much as $15 per gigabit of data. Although the major mobile companies just released “unlimited” plans, most of these plans do slow down speeds if usage goes over a certain amount. By the way, where Pai lives in Virginia he has a variety of Internet choices, two of them with speeds of over 200 Mbps. Most people in other parts of the country aren't so lucky.

The One And Only Formal Net Neutrality Complaint is Against Verizon

Earlier this year, Pai created an “advisory group” called the Broadband Deployment Advisory Committee (BDAC), made up of business leaders to give advice to municipalities. To fend off any accusations of bias toward corporations, he included a member or two who wasn’t an obvious representative of corporate interests. Representation was included from AT&T Inc., Comcast Corp., Sprint Corp., and other corporations. It shouldn’t be a surprise as the purpose of the commission was to “accelerate the deployment of high-speed Internet access, or ‘broadband,’ by reducing and/or removing regulatory barriers.” Notice how it is to accelerate deployment by reducing barriers, not for example, by holding ISPs accountable, encouraging competition, honestly evaluating the best course of action, or anything that might limit the profit-making potential of the ISPs. The committee did include token representation from a few municipalities but an FCC spokesperson said they purposely didn’t include many because it was the municipalities that were the ones that needed guidance from the telecoms. In other words, the telecoms were going to be telling the cities what to do and the telecoms were doing everything in the best interest of the people and didn’t need any guidance.

A Limited Amount of Work