Altice and Sprint Both Want Charter 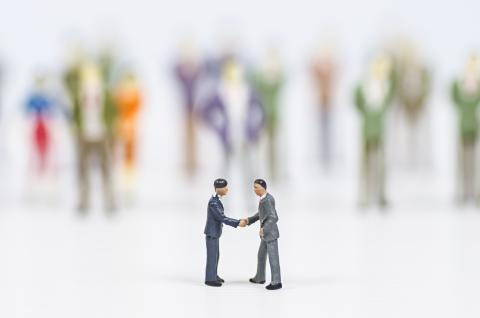 What Goes Around Comes Around

Looks like gorging itself on other cable companies has made Charter Communications an attractive target for being acquired itself. After Charter rebuffed Sprint’s merger overtures recently, Sprint’s owner, SoftBank made some noise about buying Charter outright. Now this week, Netherlands based Altice is said to be working on an offer to take over Charter. We will see who makes a formal offer first.
Last year Charter bought both Time Warner Cable and Bright House Networks which made them the number two cable company in the US and the number three television provider (including satellite TV). Also closing last year was European based Altice’s purchase of Suddenlink and Cablevision Systems. This put Altice at the number four cable TV provider and number seven overall television provider, including satellite. Patrick Drahi, the majority owner of Altice has said he doesn’t want to settle for anything less than third place. Altice had talked with Time Warner Cable about acquiring it before Charter eventually won the prize. A month or so ago it was reported that Charter was trying to buy Cox Communications. Verizon made an offer for Charter earlier this year.

Some of the cable companies Charter has either bought or acquired subscribers from over the years are:

Although with the current FCC it may not make a difference, a merger of Charter and Sprint should have an easier time getting through government approval since it doesn’t merge two companies in the same industry like an Altice/Charter merger would.
The combination of Charter including Time Warner and Bright House, and Altice, which includes Suddenlink and Cablevision, would push them beyond Comcast’s subscriber count and almost even with AT&T’s U verse and DirecTV subscribers. Altice currently has around four to five million customers compared to Charter’s 26 million. Sprint has about 60 million mobile customers. Charter’s price tag for a takeover might be as high as $200 billion so anyone who wants to give it a go needs to have quite a few ducks in a row.

There are a few interesting similarities between Altice and Softbank. Both companies are headed by billionaires listed on Forbes list of the world’s top 100 billionaires. Masayoshi Son of SoftBank is number 30 and Altice’s Patrick Drahi barely makes the top 100 at number 96. Both just recently came into the US market. They are both based in other countries. Altice is based in the Netherlands and SoftBank in Japan. Altice bought Suddenlink and Cablevision last year and SoftBank bought Sprint in 2013.

Charter - Belle of the Ball

Charter is the largest cable company most likely to be purchased. That is why Altice and Sprint both want to hook up. Comcast, the number one cable company in the US is controlled by the Roberts family who isn't very likely to sell and Cox, the third largest cable company, is also family owned.
Sprint has been toying with merging with someone for quite a while. Altice looks like they want to build big in the US. Altice’s Patrick Drahi has said “If we are not No. 1, or No. 2, or No. 3, it’s not very exciting,”

Both Charter and Altice have had their share of controversy. In the short time since becoming active in the US, Altice has already attracted a class-action lawsuit for illegally changing their cancellation policy. Charter has been in court several times, most recently earlier this year, when they were sued by the Attorney General of New York for failing to provide advertised speeds. Charter filed and was granted Chapter 11 bankruptcy in 2009 cutting around $8 billion in debt. Last year, Charter CEO Thomas Rutledge, made almost $100 million in various forms of compensation.

Do we really need bigger cable companies and less competition? Cable and Internet providers love monopolies, but it doesn’t work as well for the customers. If you just have one choice for internet service you’re probably not getting a good deal.